L'atmosphère was published in 1888 by French author, astronomer and psychical researcher Camille Flammarion (26 February 1842 – 3 June 1925) This publication contains on page 163 the Flammarion Engraving, an wood engraving  illustrating a metaphorical cosmos. 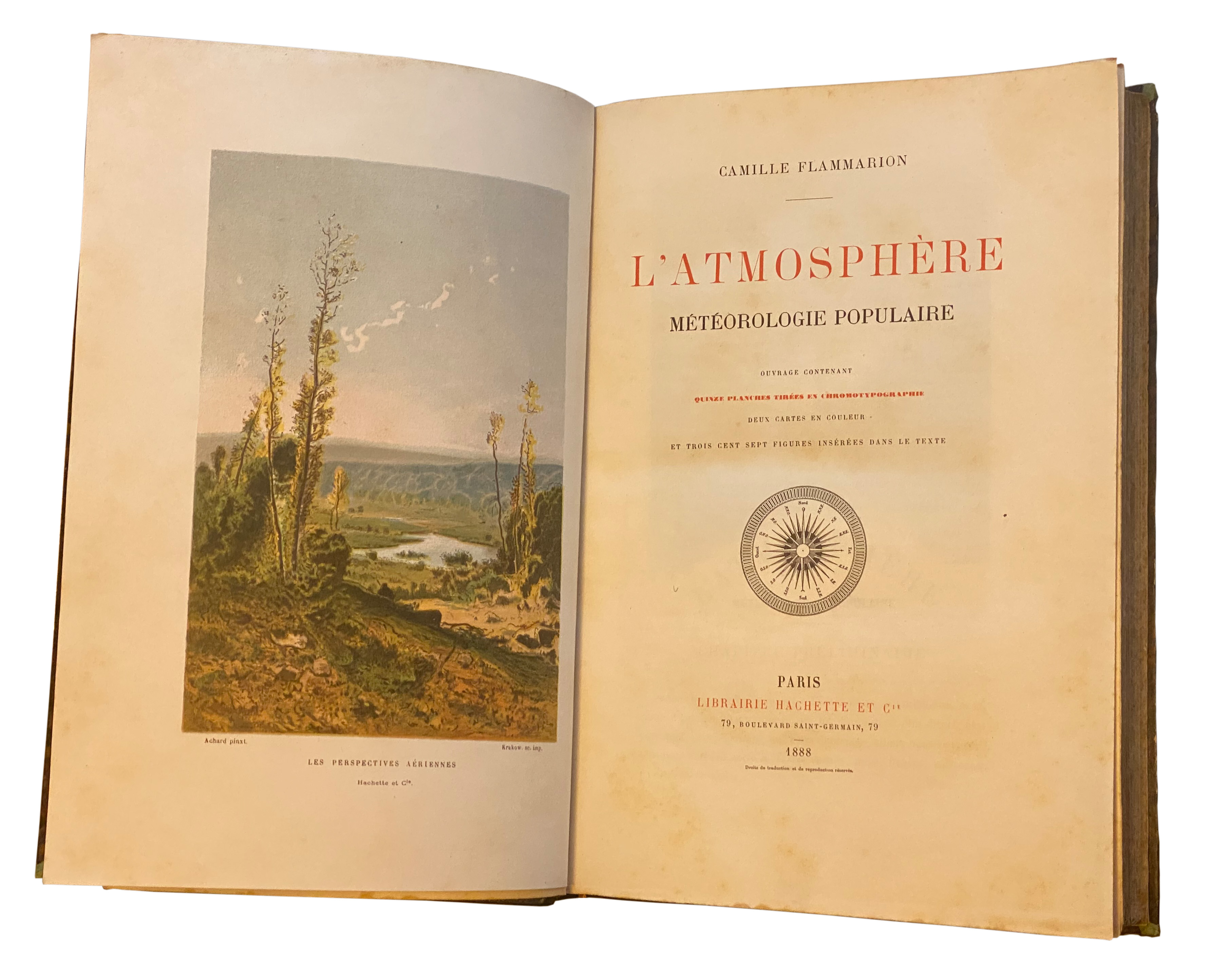 "The print depicts a man, clothed in a long robe and carrying a staff, who is at the edge of the Earth, where it meets the sky. He kneels down and passes his head, shoulders, and right arm through the star-studded sky, discovering a marvellous realm of circling clouds, fires and suns beyond the heavens. One of the elements of the cosmic machinery bears a strong resemblance to traditional pictorial representations of the "wheel in the middle of a wheel" described in the visions of the Hebrew prophet Ezekiel. The caption that accompanies the engraving in Flammarion's book reads:

A missionary of the Middle Ages tells that he had found the point where the sky and the Earth touch." (Wikipedia)

This illustration is featured at the Astronomy site of Virtual Technology Museum. 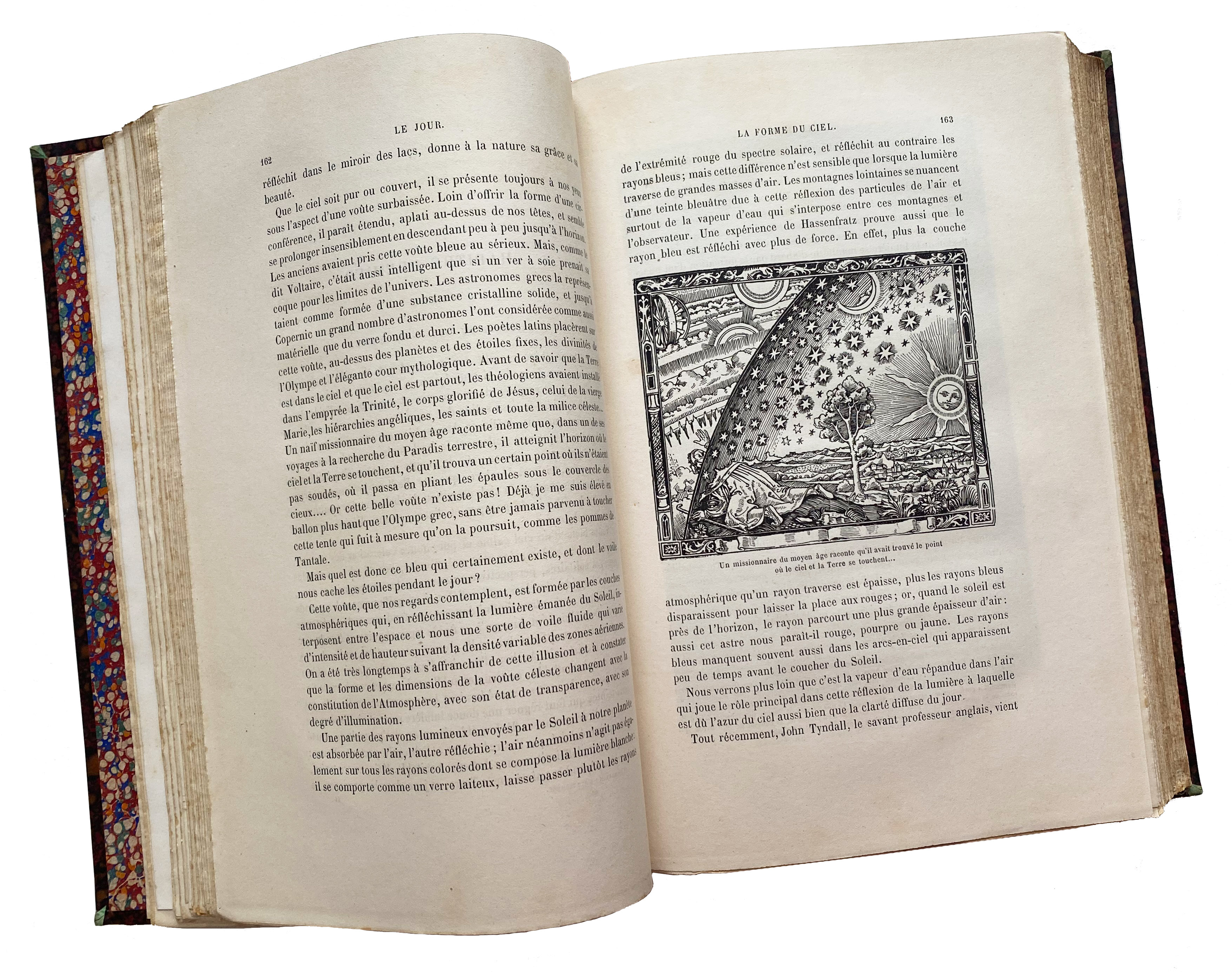 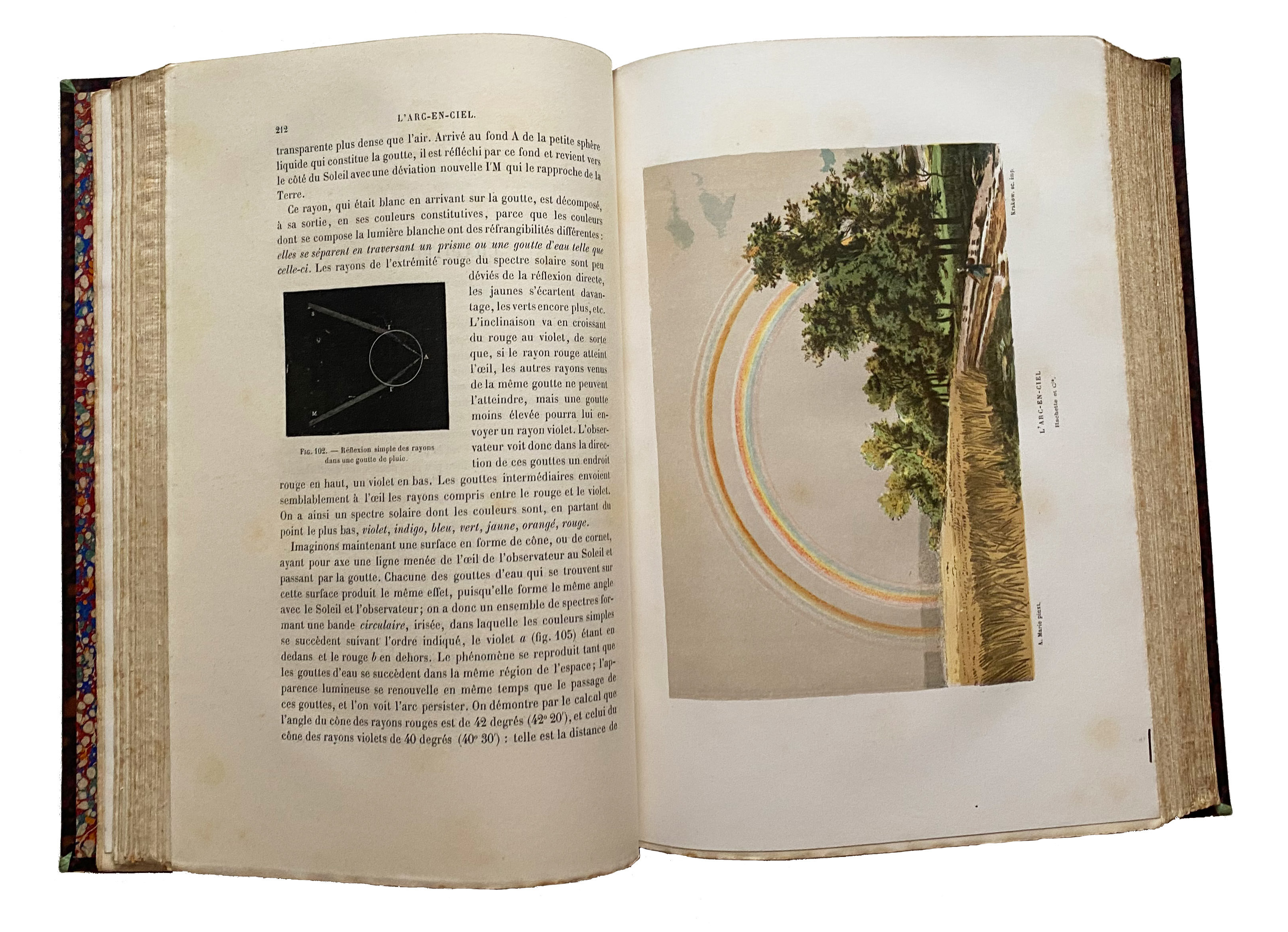 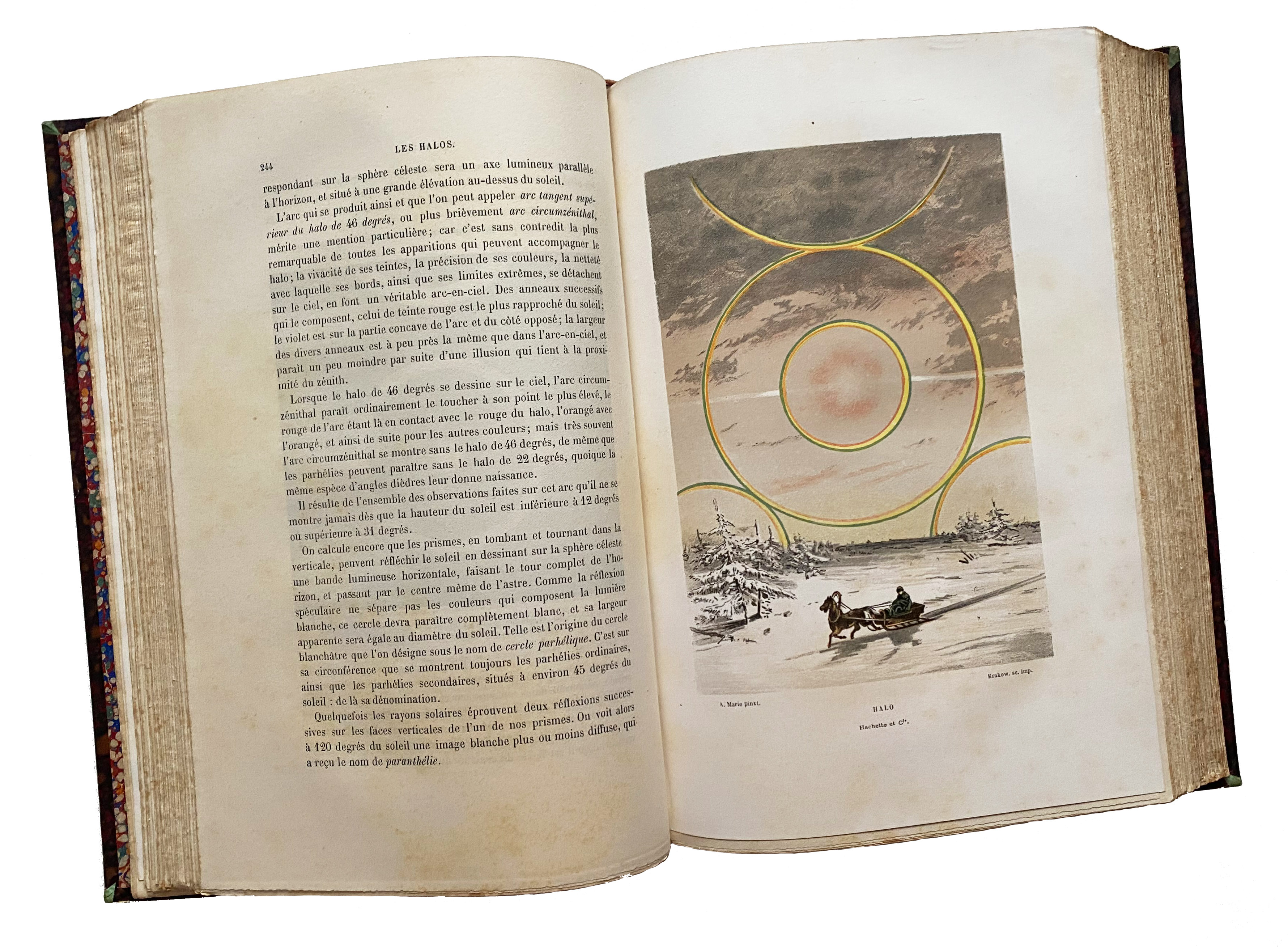 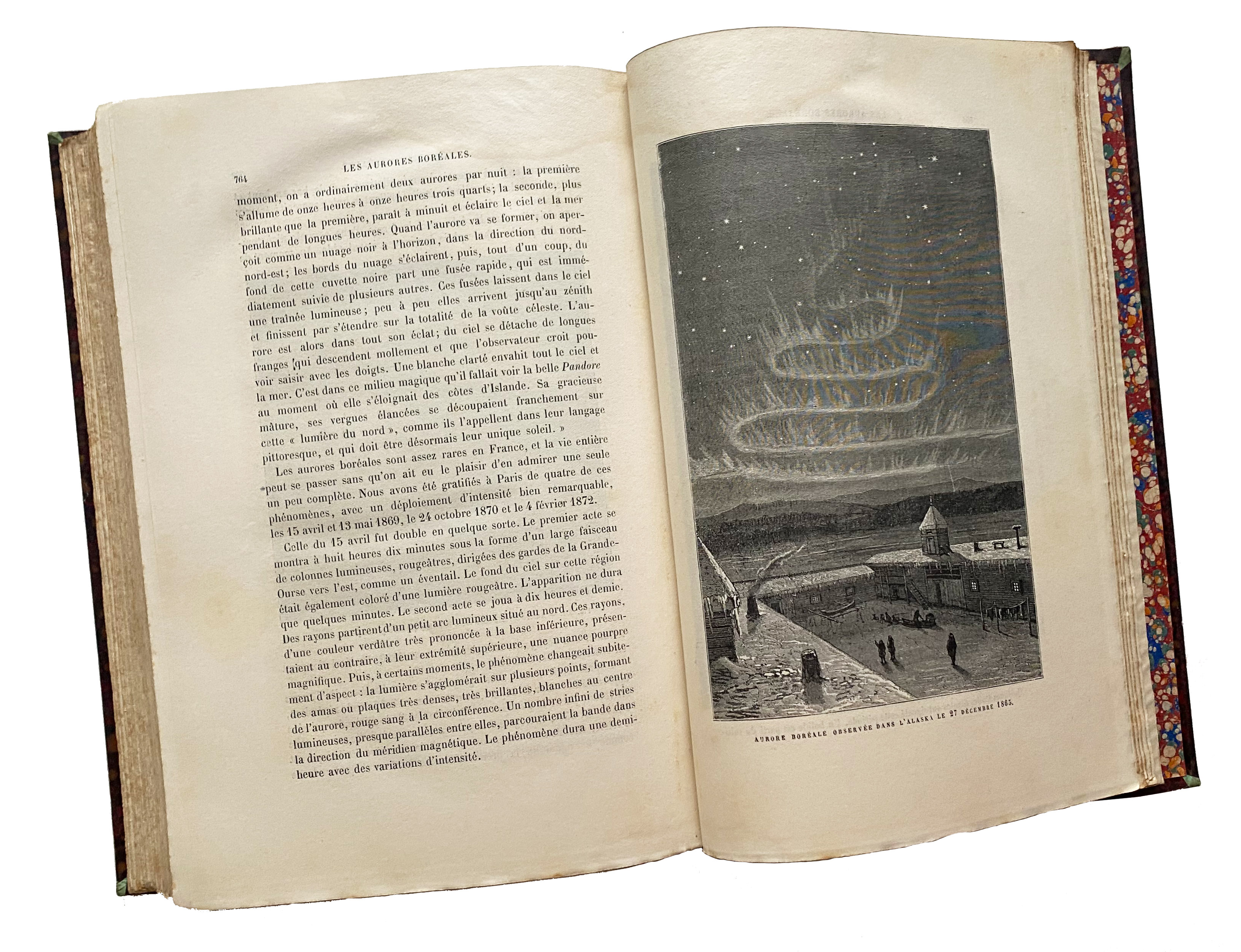 Translation of handwritten notes on face of postcard:

NOTE:  "Sidera" is a female name meaning "luminous".  "Lumen" may refer to a science fiction story about alien encounters, first published by Camille Flammarion (1842-1925) in 1872  as part of the Stories of Infinity collection. 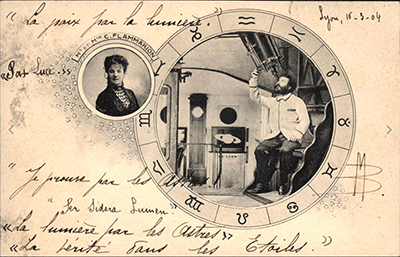 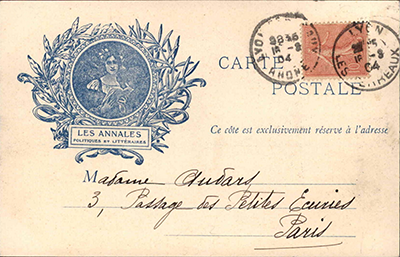