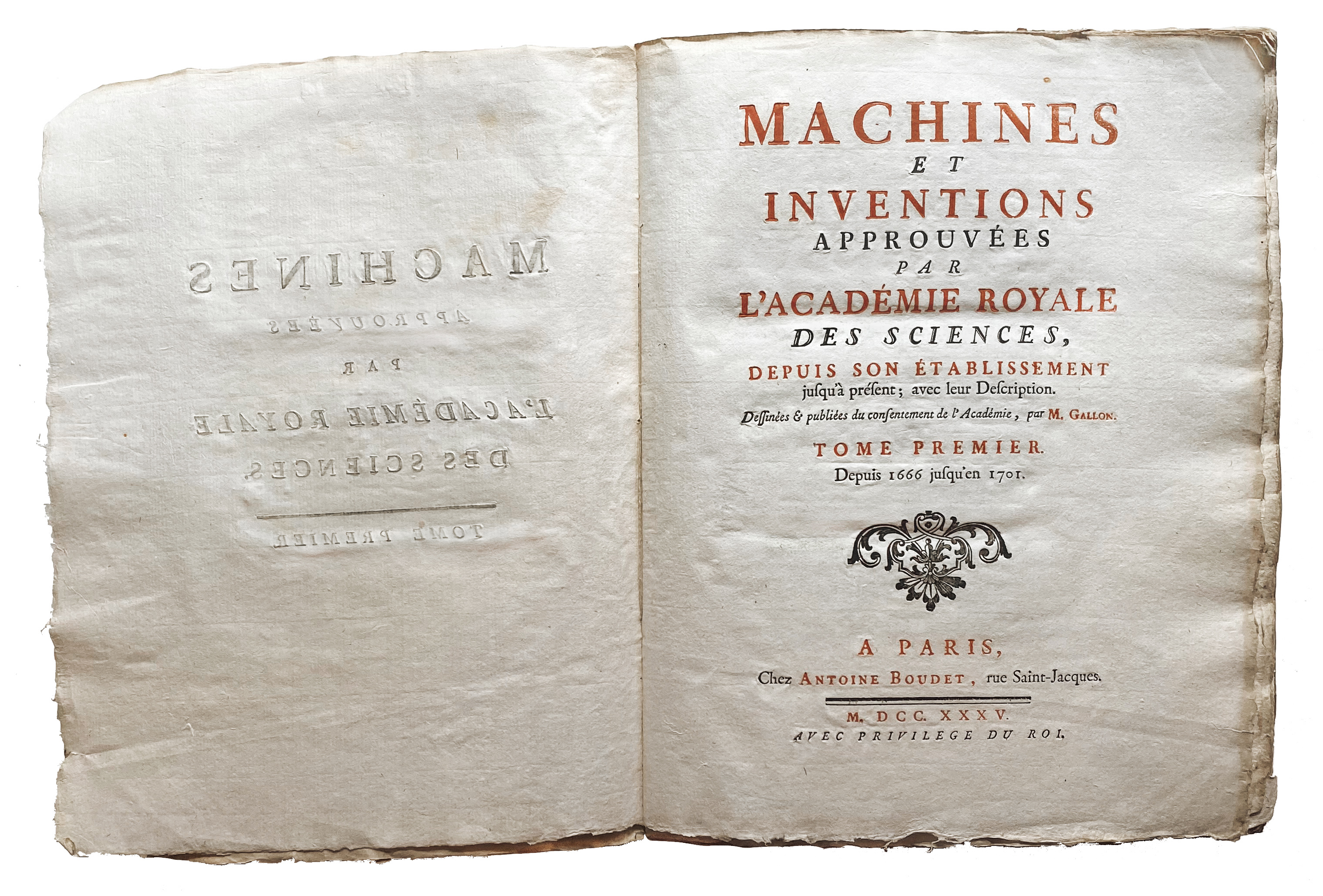 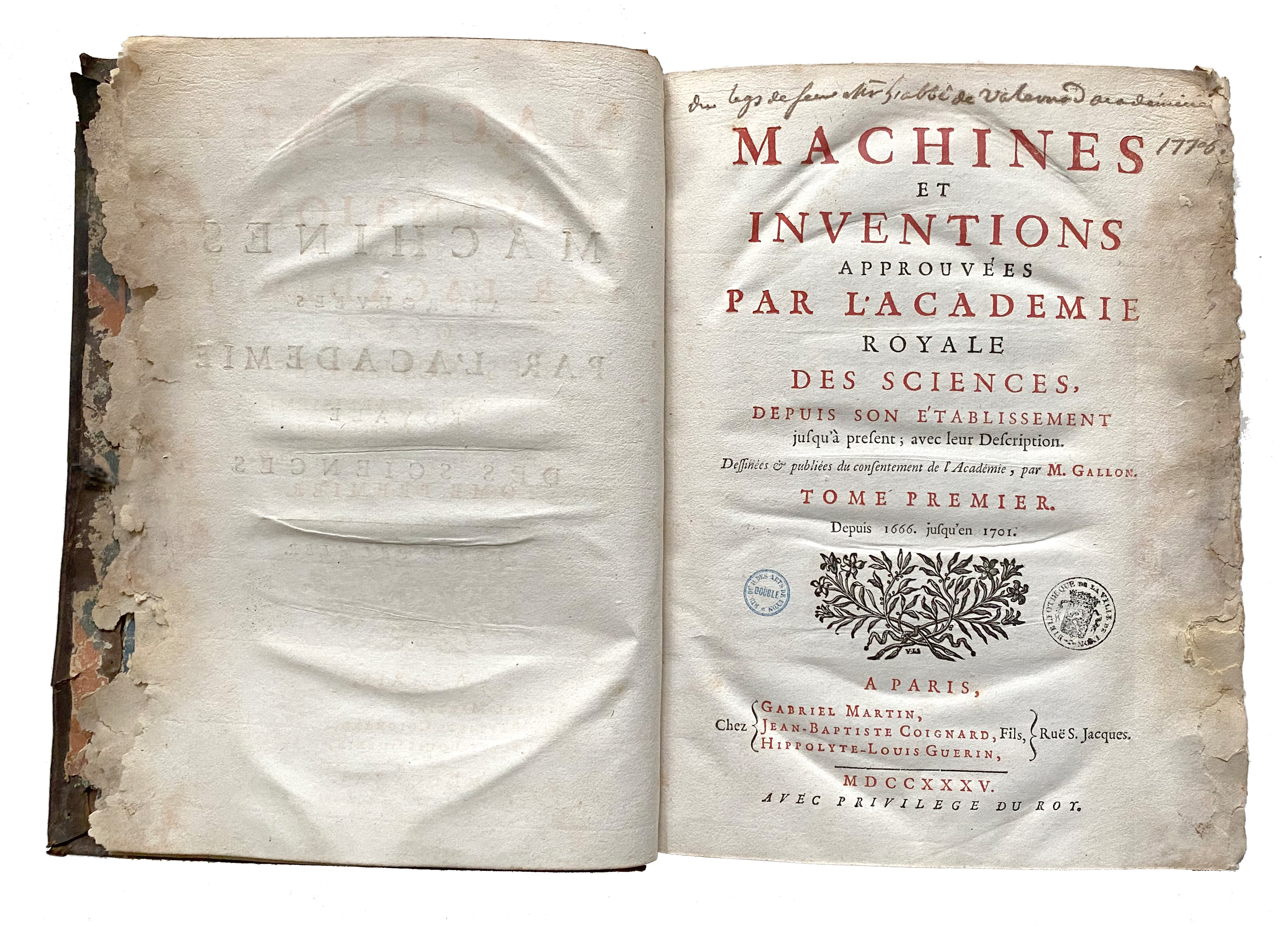 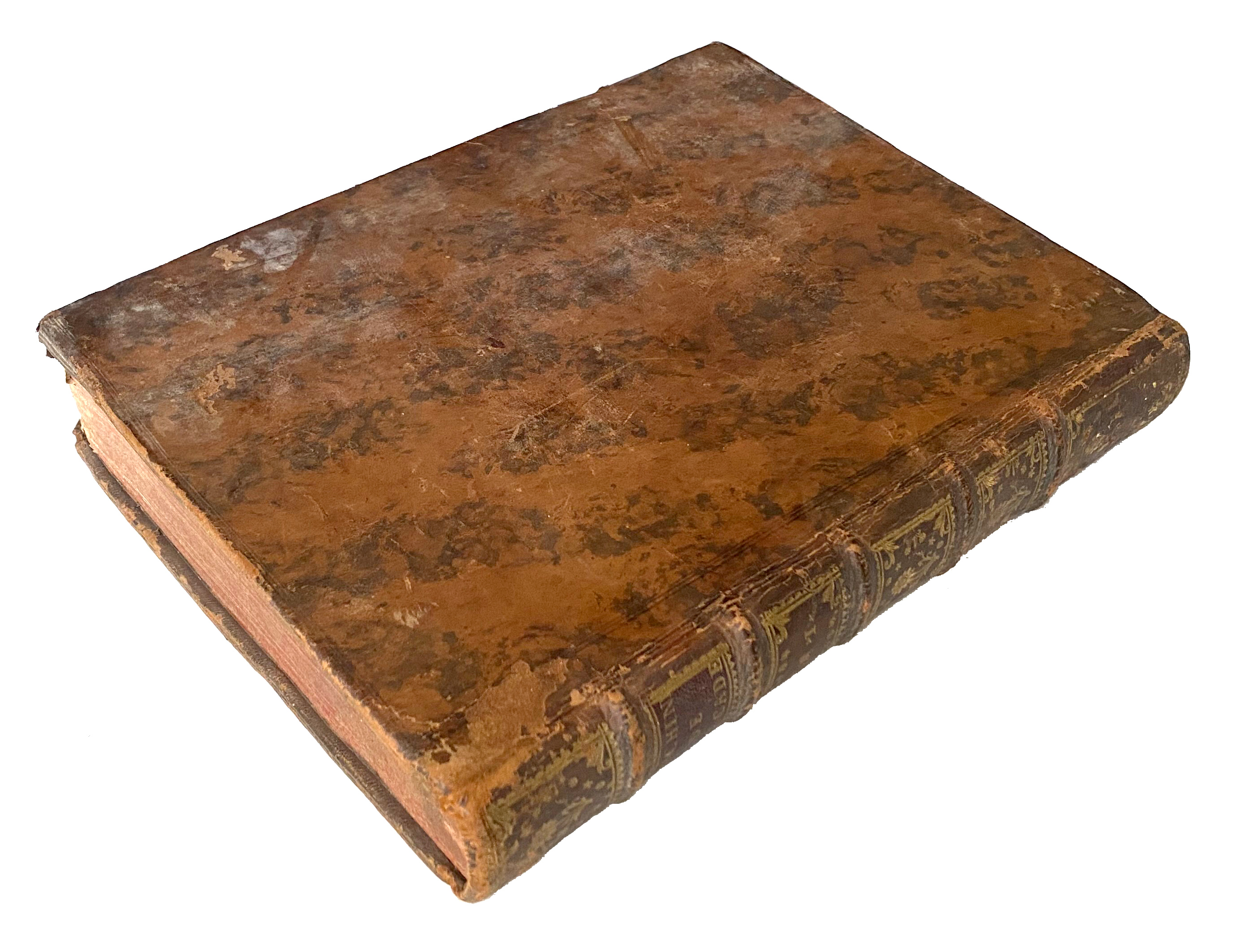 Tome Premier by Antoine Boudet, without bookboards and untrimmed pages 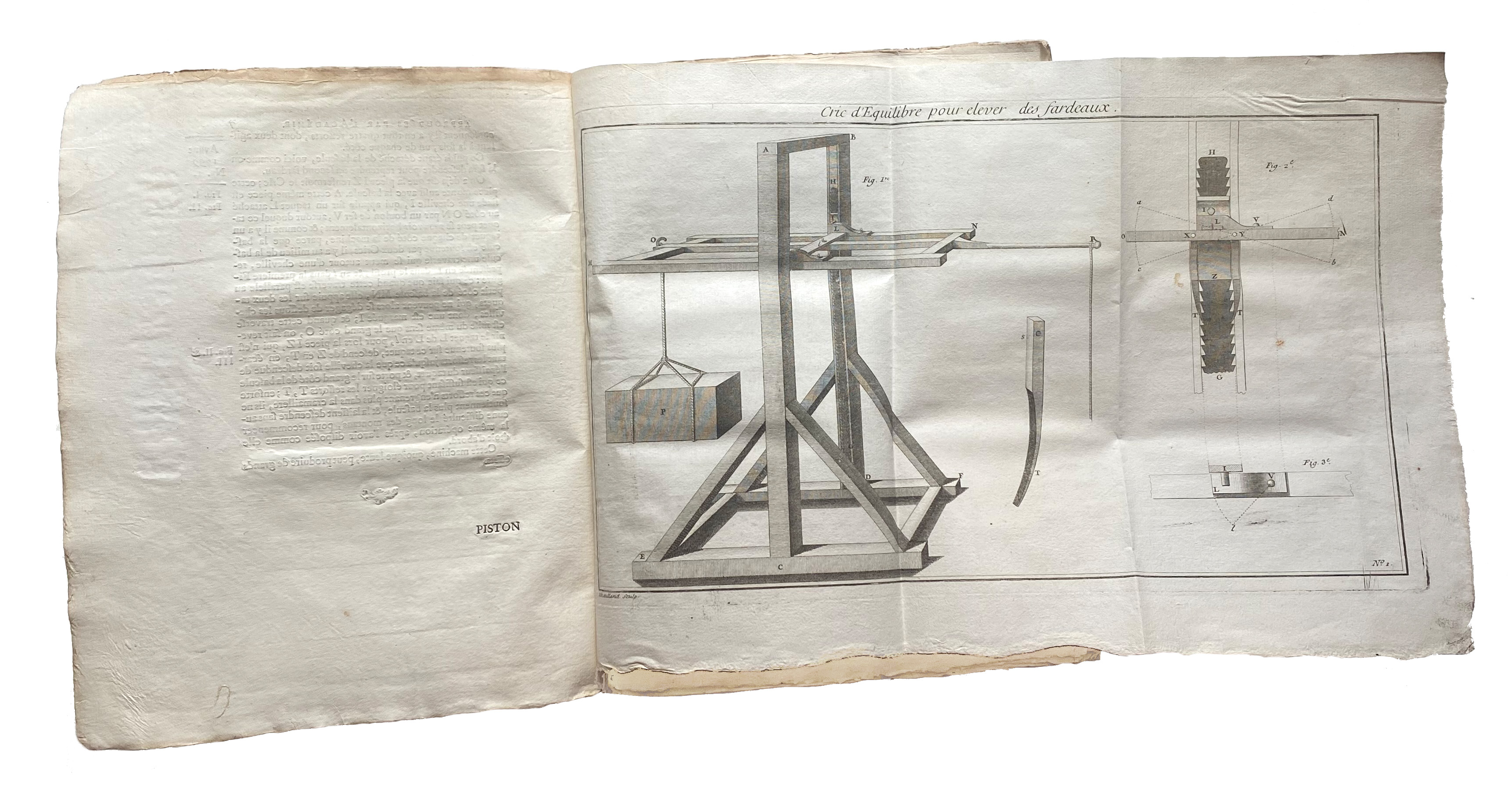 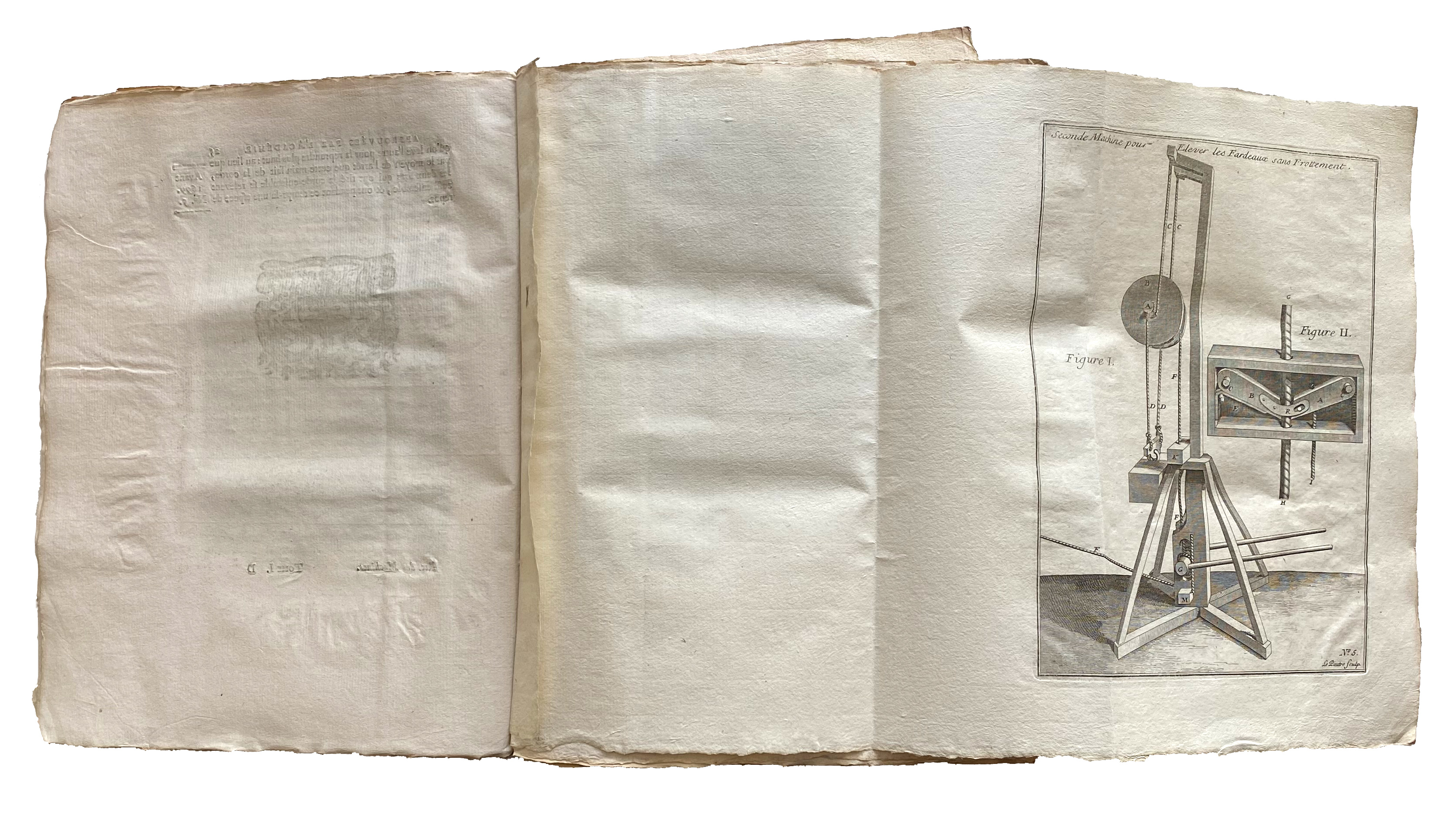 An interesting discovery was made on some pages of the Antoine Boudet volume -- watermarks with dates. The title page indicates that the volume was printed in 1735, yet on page 26, a fold-out engraving, was found the common watermark for both the Antoine Boudet and Gabriel Martin versions, that of a grape cluster with ribbon (les raisons) symbol. But on the  Antoine Boudet volume the  word "FIN" (the end in English) and what appears to be the date 1789 were added into the wire mesh of the paper making frame along with the grape cluster with ribbon .

The title page has a  watermark with a logo of "J. Toussaint" and the date 1774.  "In 1774, Louis XVI of the Bourbon family of kings ascended the throne of France. He was 20 years old and married to the Austrian princess Marie Antoinette. Upon his accession, the new king found an empty treasury. Long years of war had drained the financial resources of France." There is a 15 year difference in the dates, 1774 and 1789, laid into wire mesh of the paper making frames for these two sections adding further mystery to the origins of this volume.

This may call into question the date that this volume was printed. Could the plates have been preserved from 1735 and then later used to print the volume(s) after 1774 or perhaps after 1789?  That is a 39 year or 54 year difference in publication date and watermark dates. An examination of a Gabriel Martin published Tome Premier version  in the Virtual Technology Museum collection has revealed the same grape cluster watermarks present on many pages but without any dates . 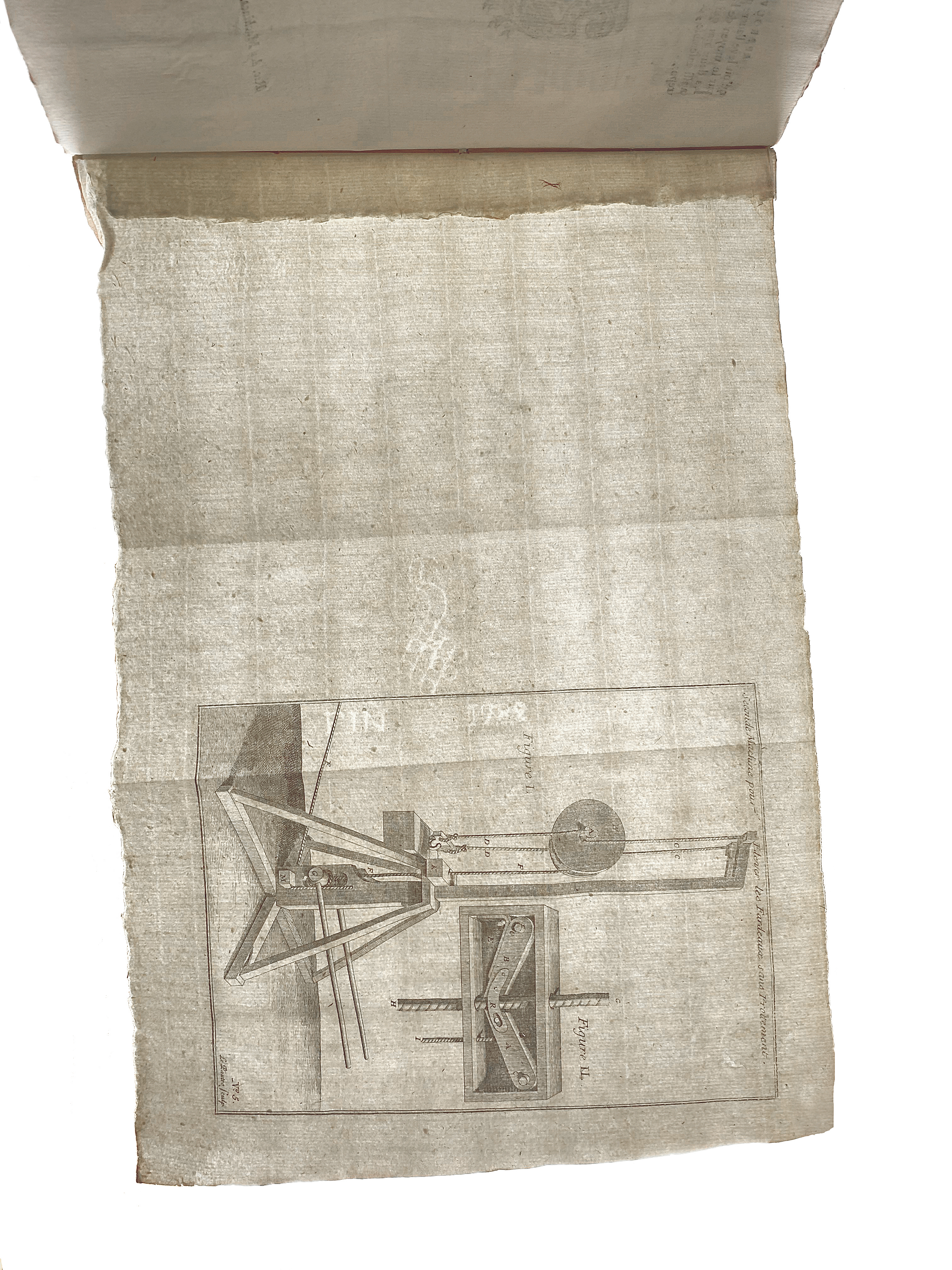 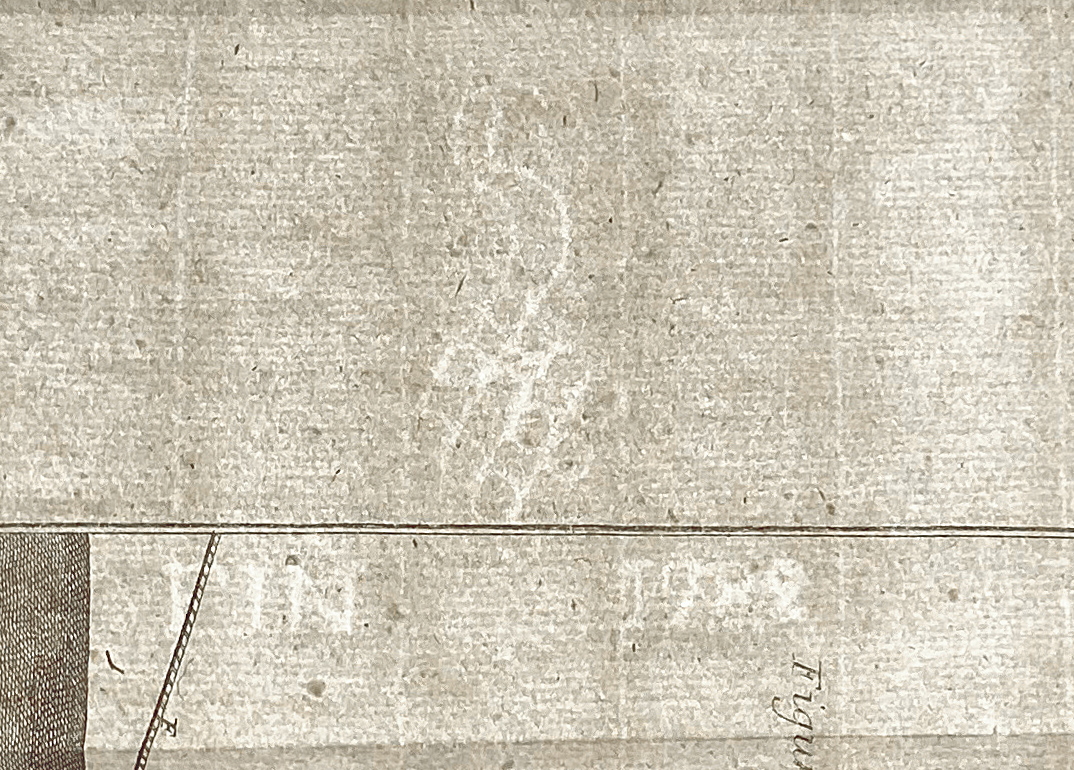 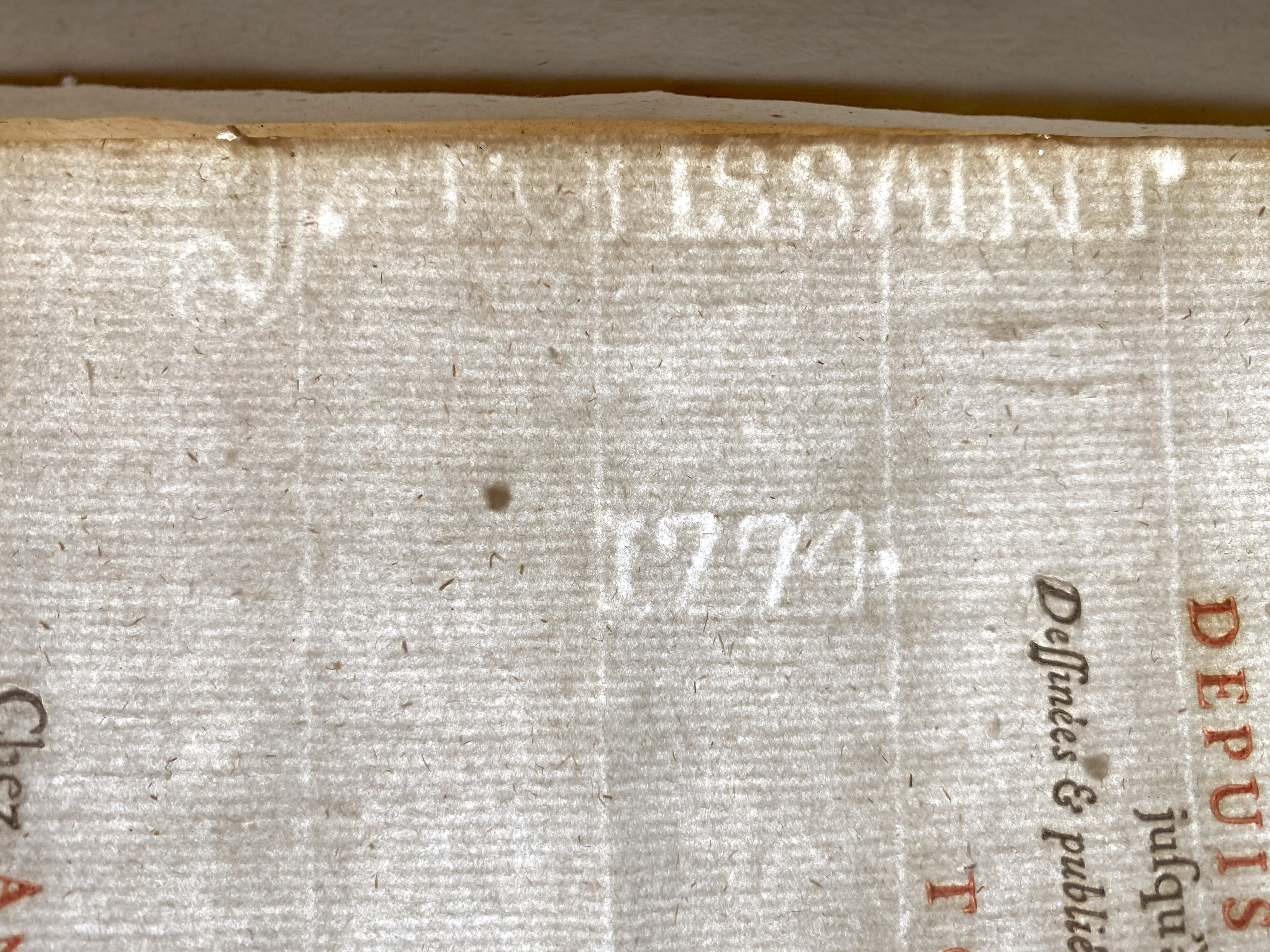 Mme. Ve Courcier appears to have had possesion of this volume as her nameplate is pasted inside the front cover. Mme. Courcier is a third generation woman-owned publisher and bookseller in Paris. She published, printed and sold many scientific books in the early 1800s. 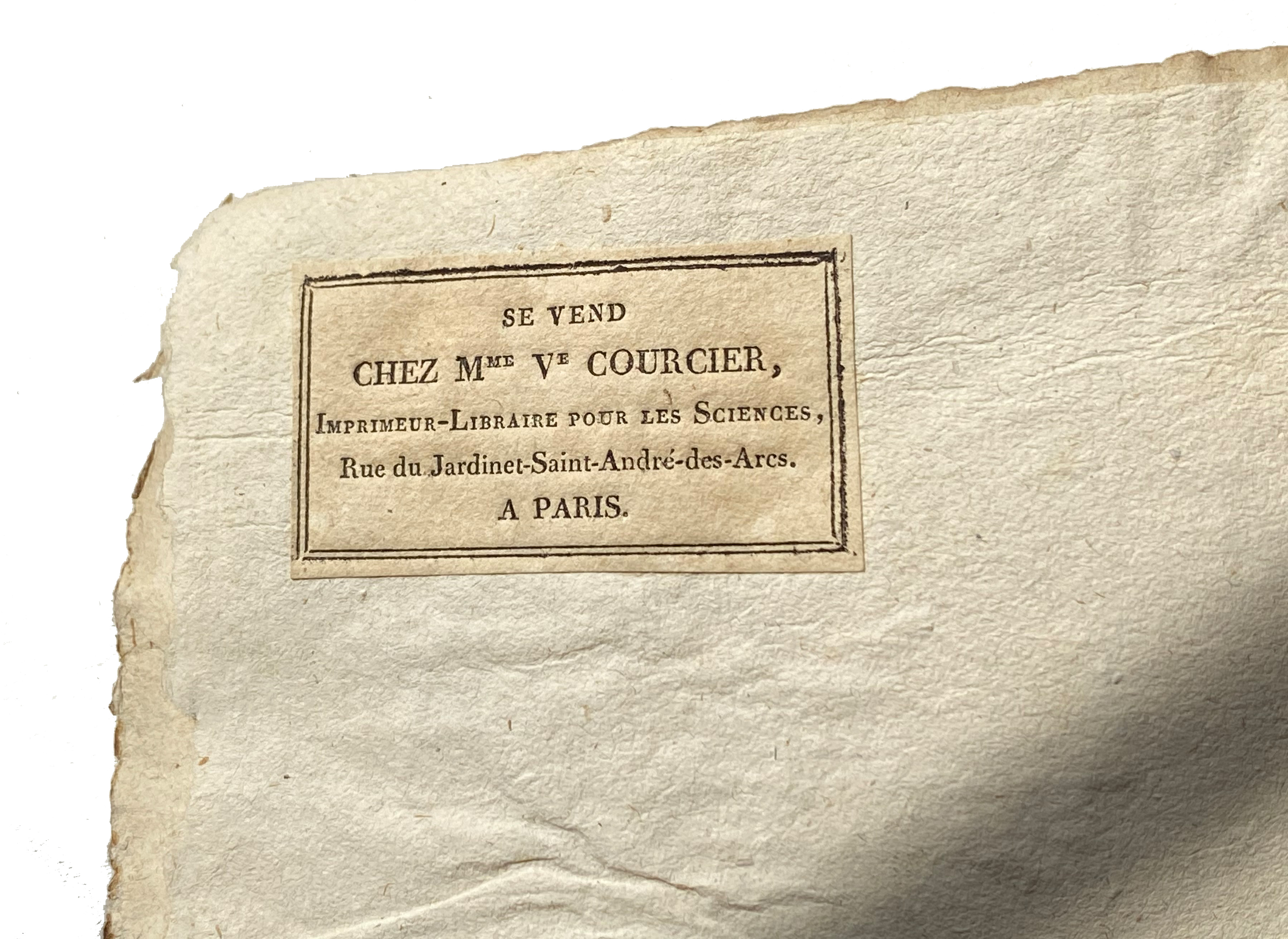