1883 Forest Engine Reproduction by Wayne Grenning. This engine has a functioning slide valve and carrier flame ignition. This is faithful full-scale reproduction of the original engine located in the Musée des Arts et Métiers (Museum of Arts and Crafts) in Paris, France.

The early French slide valve engine manufactured by Forest in 1883 was to operate on illuminating or "city gas". This reproduction has slight cam change to allow it to run on hydrogen gas. Limited edition of 35 reproductions made by master machinist Wayne Grenning in the US.

"Interesting that when the hydrogen gas (H) (flame is completely invisible, and consequently a bit tricky to work with) ignites with O2 in the air, water is formed (H2O). After running this engine, the piston must be removed, wiped and allowed to dry, then re-oiled before reassembly. The poster hanging on the wall was an enlargement of an early French advertisement for this engine that I donated to the Cool Spring Power Museum. Mr. Grenning's reproduction circa 2012 with added tachometer is on permanent exhibit there. Grenning is probably the world expert in knowledge of these early and extremely esoteric engines."
"To get around Otto's 1876 Otto 4 Stroke Cycle Patent many companies and engineers developed simpler but curious mechanisms. Fernand Forest was a prolific French inventor with a very broad understanding of machinery.  He left his mark in the history of early internal combustion engine development being one of the first to use liquid fuel carburation, low tension ignition in combination with a magneto and an internal combustion engine powered boat. In the beginning  of his successful career ( prior to those developments) he developed a simple but most interesting engine.  It was built in sizes ranging from a cute tabletop 1/15 HP engine up to huge 2 HP version."
(Wayne Grenning)

Illuminating Gas is a mixture of combustible gases, primarily methane and hydrogen, that is formed during the thermal processing of coal—for example, during such heat-producing processes as coking and low-temperature carbonization. Until the 1920’s illuminating gas was used for lighting houses and streets. (Illuminating Gas. (n.d.) The Great Soviet Encyclopedia, 3rd Edition. (1970-1979) 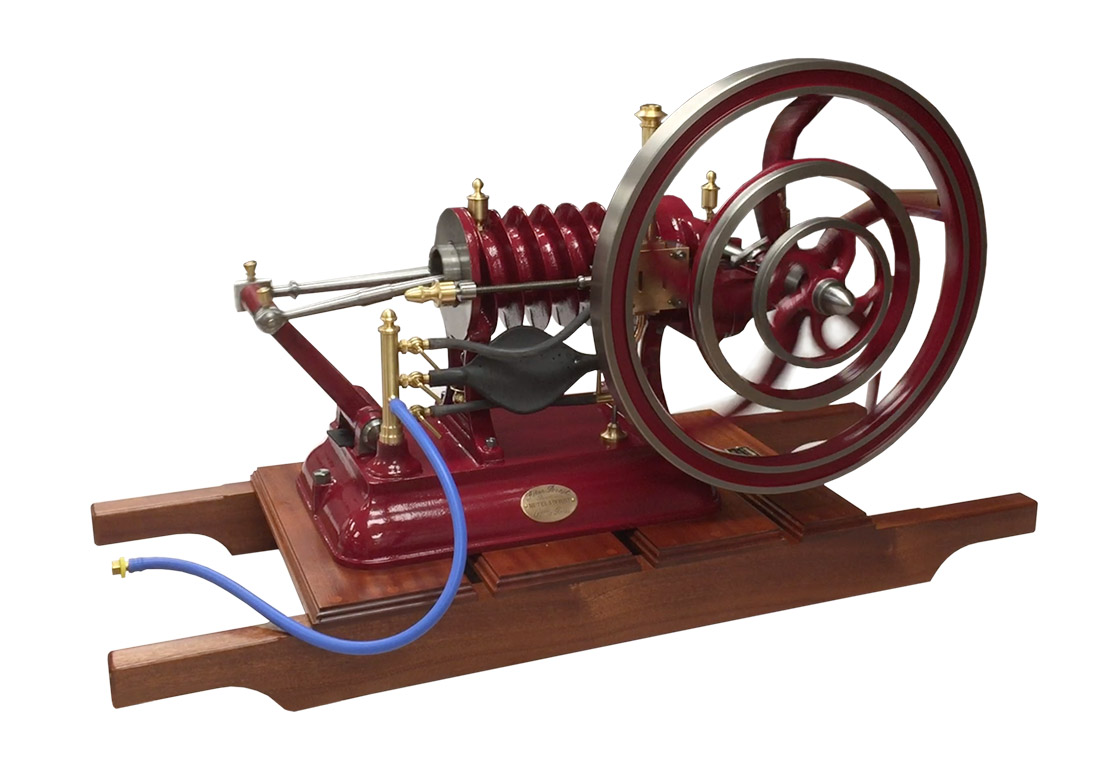 Original in the "Musée des Arts et Métiers" in Paris 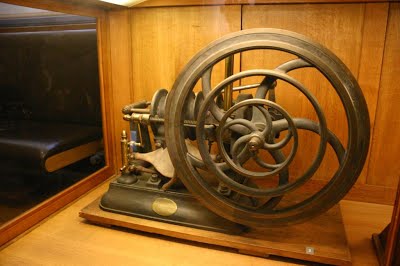 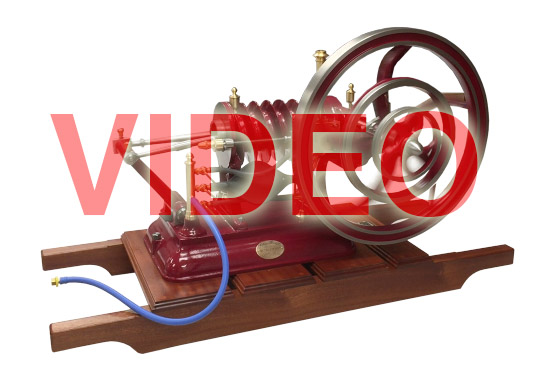 The poster hanging on the wall was an enlargement of an early French advertisement for this engine that Mr. Grenning donated to the Cool Spring Power Museum. 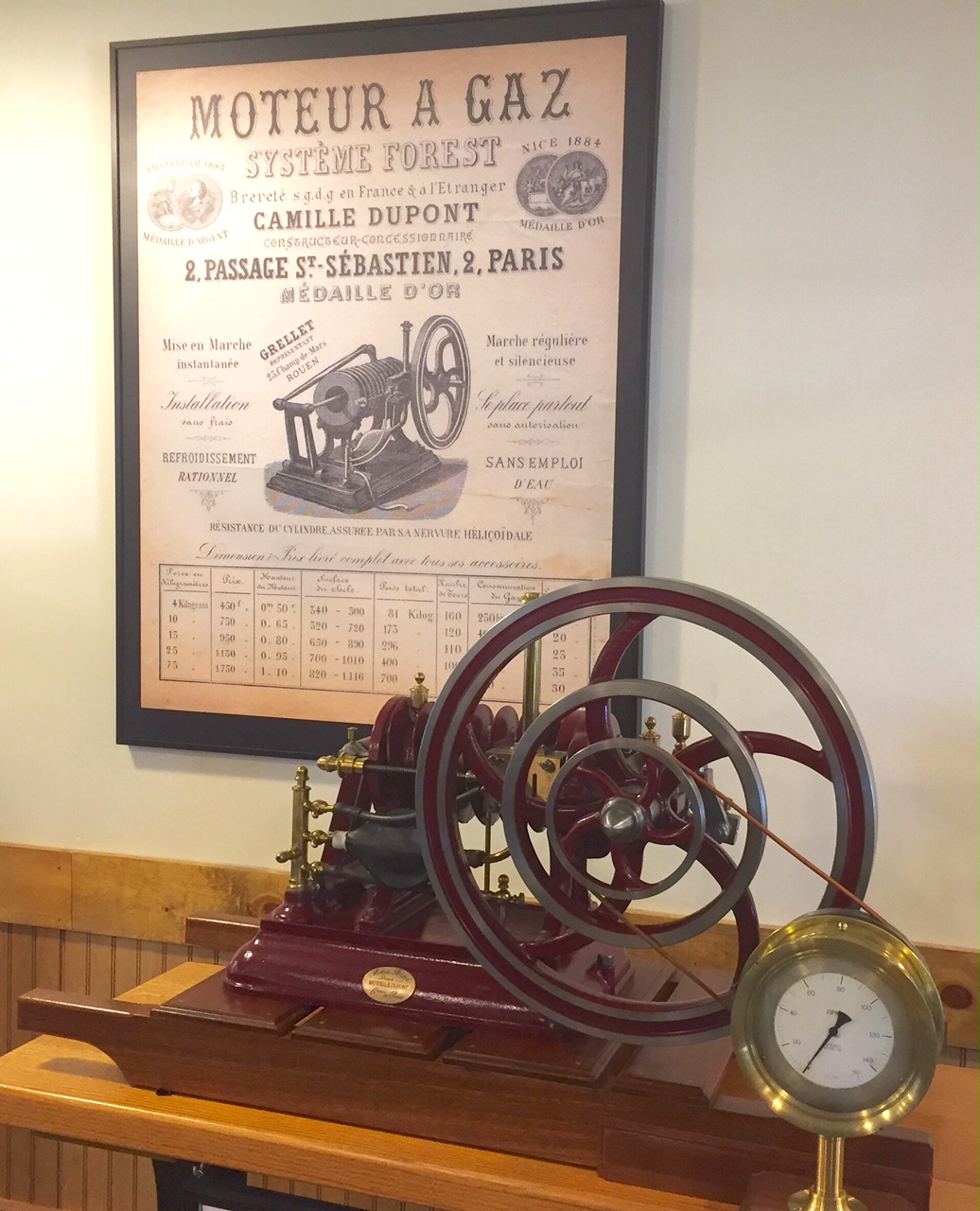 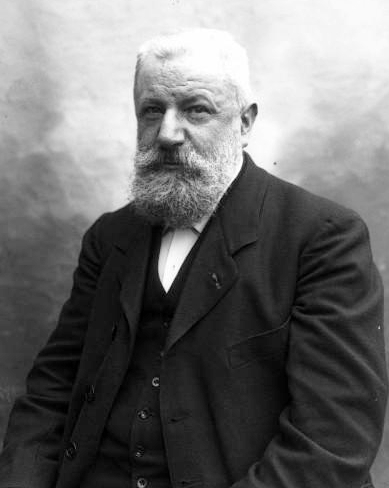