"In today’s society we take for granted the many sources of energy and power available to us:
In the eighteenth and early nineteenth centuries apart from the natural elements and the horse; almost the only means of powering machinery was by steam and the steam engine.
We can only stand in awe of the imagination, ingenuity and dedication of the early inventors and “engineers” who applied their expanding knowledge in the development of simple constructions into machines of immense power and reliability."

JOHN BURRELL LIMITED has captured the application and craftsmanship of those early engineers in a precision working model of a horizontal cylindered rotative MILL ENGINE. These engines were the successor to the earlier vertical cylindered beam engine, and were used extensively from the mid nineteenth and into the late twentieth centuries, driving machinery for turning, rolling, stamping, pumping and eventually, generating electric power.

This MILL ENGINE was available either as a stand alone model for steaming by you own boiler, or as a complete working plant assembly, mounted upon a brass platform and hardwood plinth. The model features a cast engine bed to simulate the heavy bases originally employed to sustain the weight and rotative forces of the flywheel.

Cast bronze, machined to fine tolerances, is used for the 19mm bore, 19mm stroke steam cylinder which has slide valve control operated by a functional eccentric drive from the main crankshaft.

The flywheel and belt drive wheels are of cast brass mounted on a stainless steel crankshaft. Bronze is used for the crankshaft and connecting rod bearings, for long life.

A water pump is attached to the main engine bed, operated by and eccentric drive from the crankshaft. The pump delivers water to the boiler’s three way valve from a vertical storage tank mounted nearby.

The “Scarborough” deluxe vertical boiler of silver soldered copper is fired by butane/propane via a ceramic burner to give ample energy and quiet operation. The boiler is complete with water gauge, pressure gauge, safety valve and all necessary control valves.

A waste water/oil tank and oil separator and are included in the assembly.

A flexible belt off the engine crankshaft drives a six volt generator. This powers a miniature street lamp within the plant. 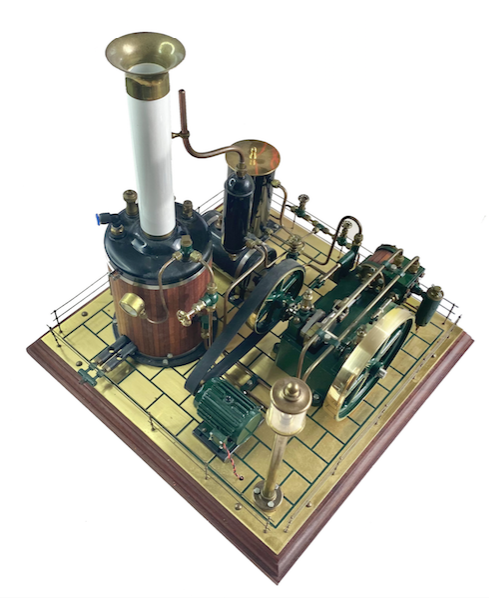 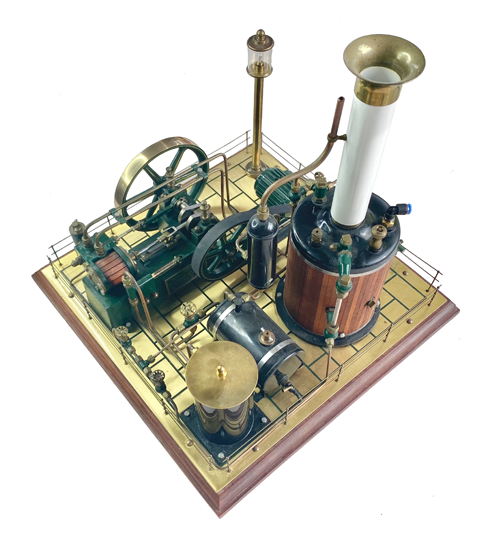 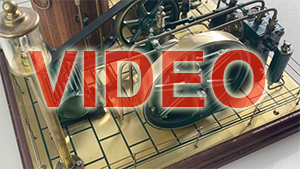 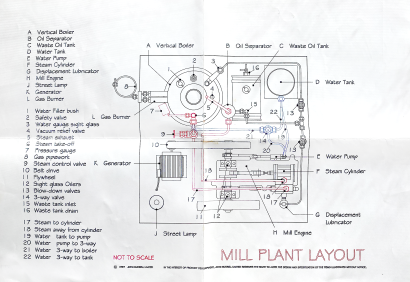