This is a two cylinder steam engine model that runs on compressed air.  The engine design is by Phil Oles but is based on Ray HasBrouck’s #3 single cylinder Mill Engine.  Mr. Oles simply made it a two cylinder.  The flywheel is 4” in diameter.  All parts shown except fasteners, were machined by Mr. Oles. It is pictured in the book published by Village Press Publications, Traverse City, MI, titled “The Steam Engines of Ray HasBrouck” page 22, although some improvements to it after that book was published.  Cylinders are made from alloy steel, pistons and crosshead guides from bronze.  Stainless steel screws are used throughout the engine. 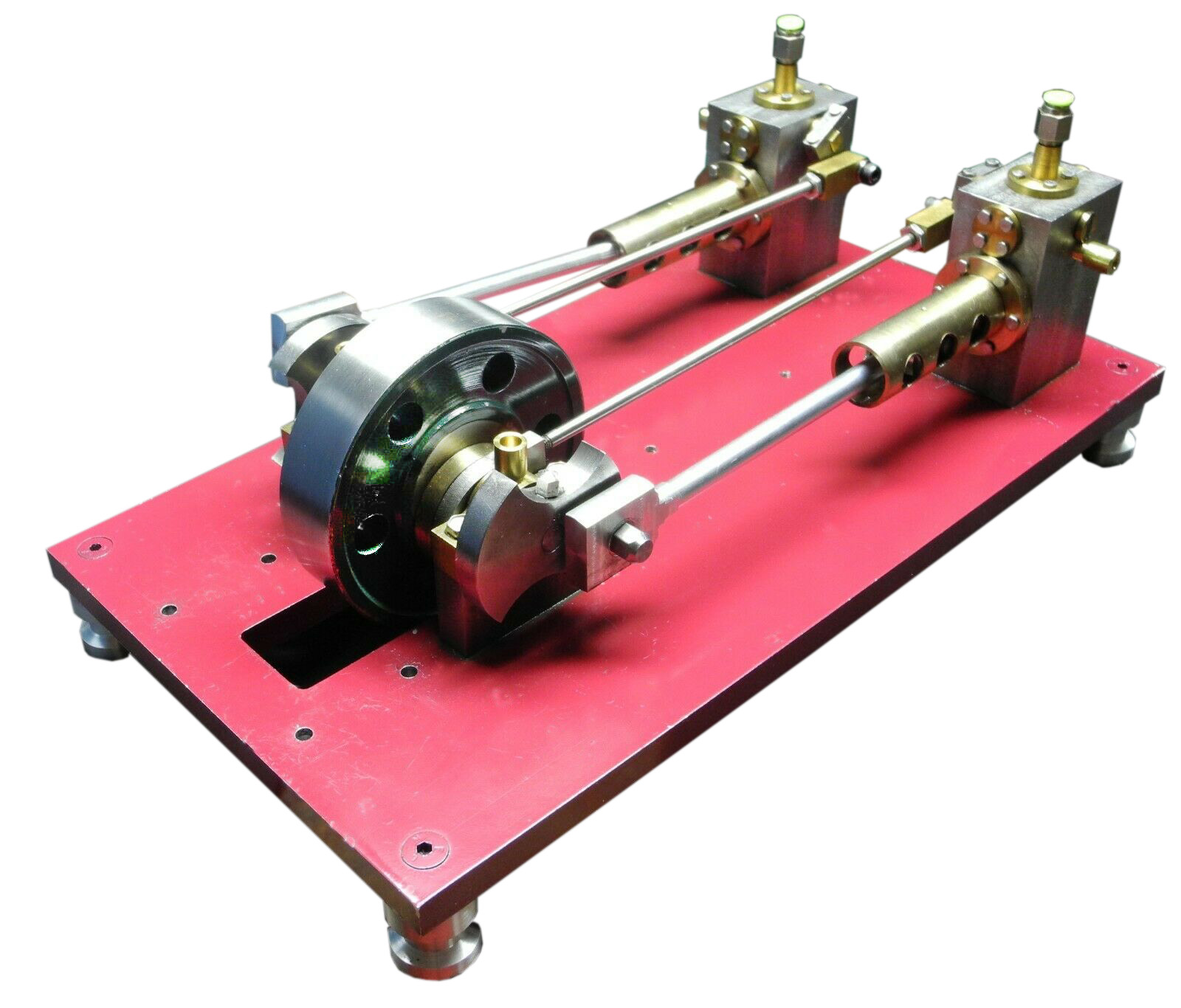 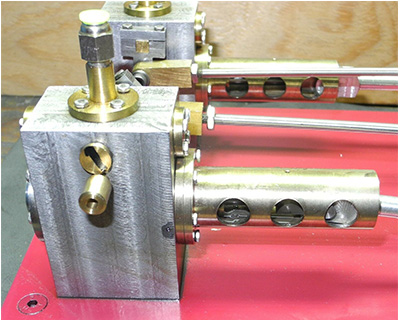 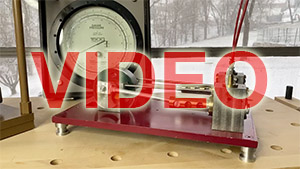