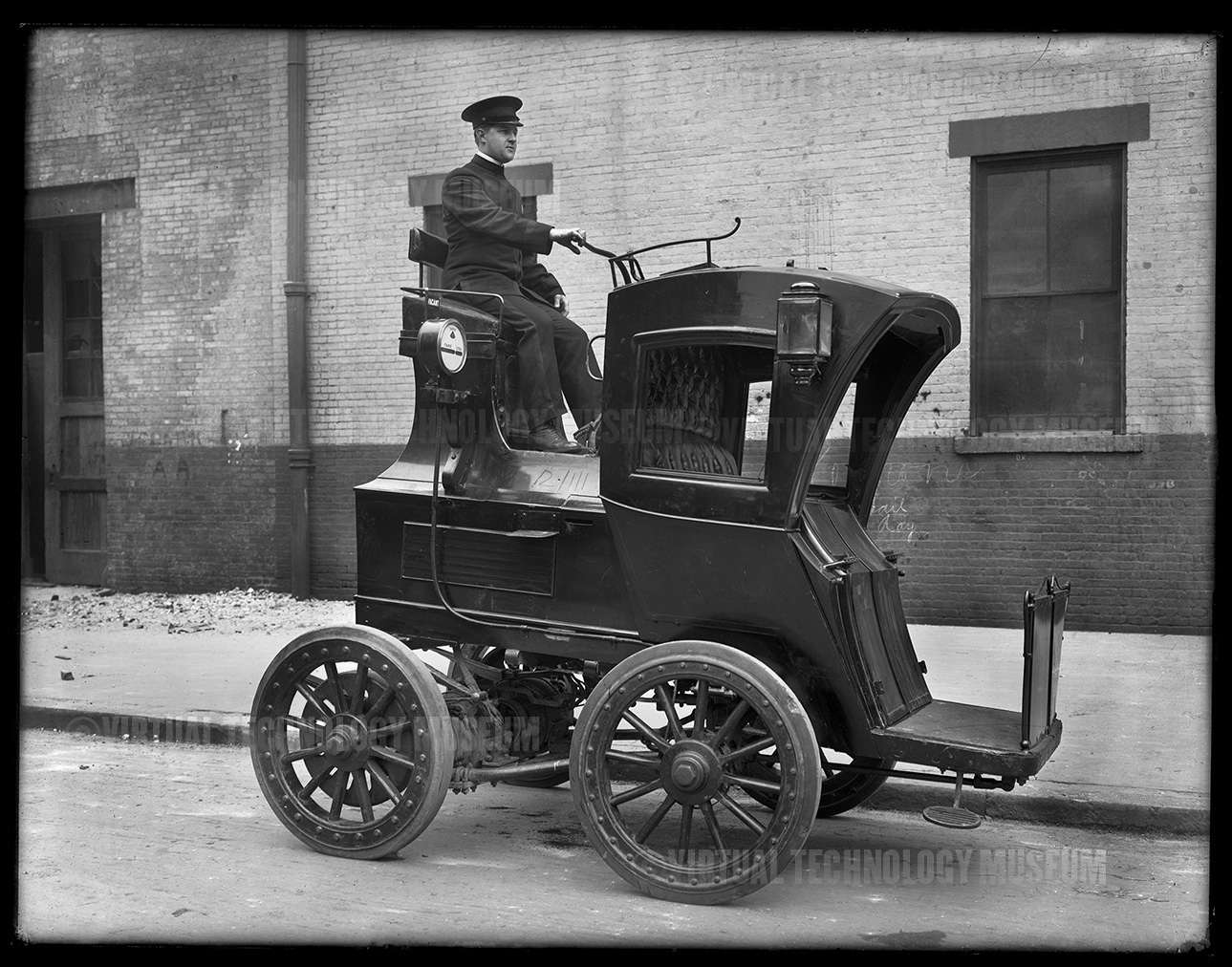 As the end of the 19th Century dawned, internal combustion and electric vehicles were competing fiercely for the same turf. However, taxi passengers may have preferred silent battery-power ones without the noise and the smoke. The London Electric Company spearheaded the arrival of electric taxis in 1897. Their chosen vehicle was a Bersey Cab with 40-cell lead-acid battery, and 3-horse power electric motor with a 50-mile range.

New York was evidently not prepared to allow London to steal a lead. Samuel’s Electric Carriage and Wagon Company introduced its own fleet of electric hansom cabs in New York that very same month. The arrival of electric taxis in cities was now an established fact.

Horse-drawn hansom cabs were traditionally two-wheeled vehicles accommodating two passengers inside. While the driver stood behind in the open air. The Electric Carriage and Wagon Company grew from 12 to 62 cabs between 1897 and 1898. It then became the Electric Vehicle Company producing the Electrobat version, while running 100 New York taxis on the side.

An electric taxi driver, Jacob German had the distinction of being the recipient of the first speeding fine in the United States in May 1899. He received his ticket for driving at the blistering speed of 12 miles per hour in an 8 miles per hour zone. A diligent police person on a bicycle pursued and pulled him over.

The Electric Car Company nevertheless prospered and had almost 1,000 electric taxicabs in New York. Then in 1907, a fire broke out destroying approximately 300 of these. The company was unable to survive this, plus the effects of the 1907 financial crisis that almost saw the banking system collapse.

New York’s electric taxis vanished from the streets. Horses returned for a short while, until internal combustion vehicles muscled in and seized control.

Arrival of Electric Taxis in NYC in July 1897 - News about Energy Storage, Batteries, Climate Change and the Environment